Quick preamble: I can’t paint well. Don’t take this blog as advice on painting, but just as a record of what happens when someone who can’t paint well tries regardless. If nothing else, it helps me remember my colour schemes.

Having bought the Ret army box, I guess I’d better get back on the painting wagon and start with the Arcanist (not so much of the white on it as most models, which gives me a chance to practice on a less hostile canvas after my Kaelyssa disaster). Before starting, I put it onto a nice base, and primed it with the same gesso/white/water mix I used on Kaelyssa. I’m likely to regret this, as I’ve never had much success using this on metals, but it was dark and wet outside so I couldn’t use a spray.

I applied basecoats to the model roughly in this order:

After doing the basecoats, I realised that the feet are armoured, not leather, so repainted them grey. 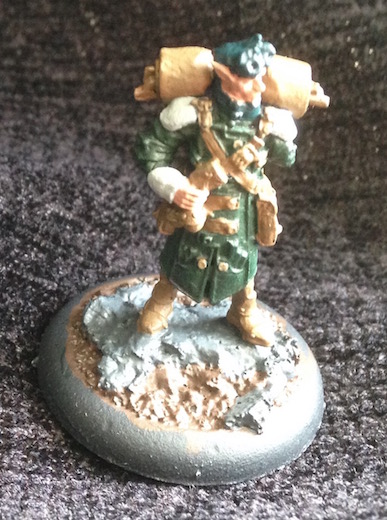 With the basecoats done I used Catachan Green green over the jacket, blending up with Goblin Green and down with Dark Angel green on a new P3 wet palette. First time trying to mix things on a wet palette, and I obviously haven’t got the subtlety thing going on yet. At all. Still, I’ve done worse jobs, and this isn’t likely to drastically pull down the average quality of the paintjob by the time it’s done. 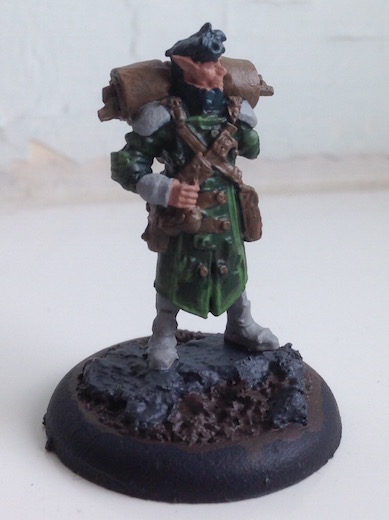 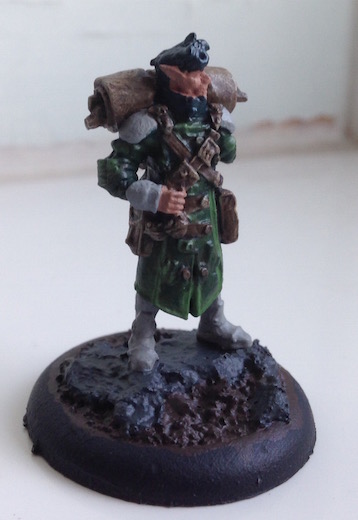 For the flesh, I next layered Kislev Flesh, then washed with Gryphonne Sepia and finally brought it back up with a bit more Kislev Flesh. I tried making the Kislev Flesh very thin on the wet palette so I could layer it and look a little more natural than I usually manage. This went, predictably enough, terribly. Then to add insult to injury, the eyes came out as badly as I can remember any doing in recent time.

For the hair, I’d started green so a quick drybrush of Sotek Green and a wash of Thrakka Green. 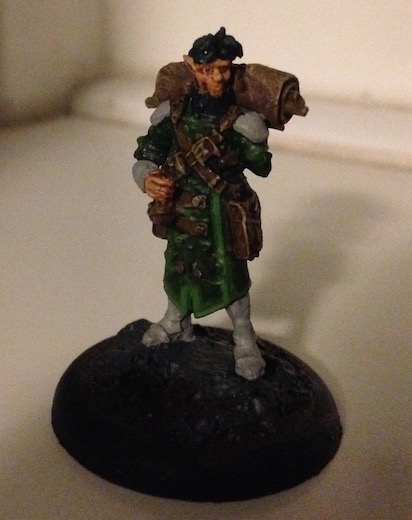 I finished off the base in the same style as Kaelyssa, before moving on to…

This went dismally on Kaelyssa, so I wanted to try better this time. I’ve started from the midtone of Administratum Grey instead of the bottom, and I can try to slowly build up and build down with very thin layers. So I tried to build up to a mix containing just a tiny drop of the Vallejo white, and building down to a mix including some Dawnstone.

After building down a little (this barely shows up at all, so I think this is probably much too subtle) 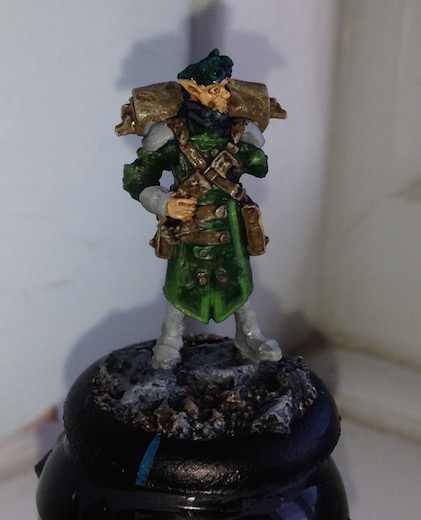 The armour areas are tiny, so getting these in photos was hard. In the end it doesn’t look terrible, but it’s not good. Better than Kaelyssa, though, and my first effort with a wet palette. The thought of painting up a whole myrmidon is more than a little daunting, but here’s the post-armour photo: 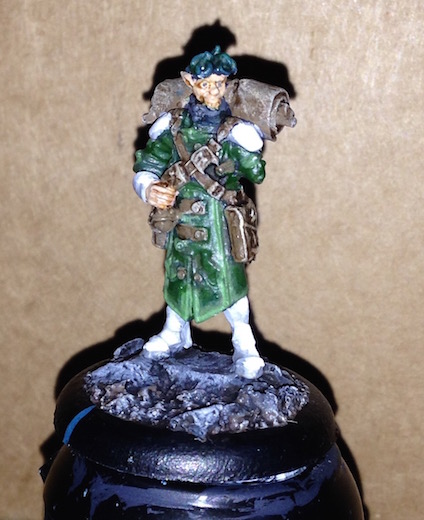 All that’s left is to paint up the weapon and glue the arm on, and then we’re done. If you have comments and suggestions, please share them. 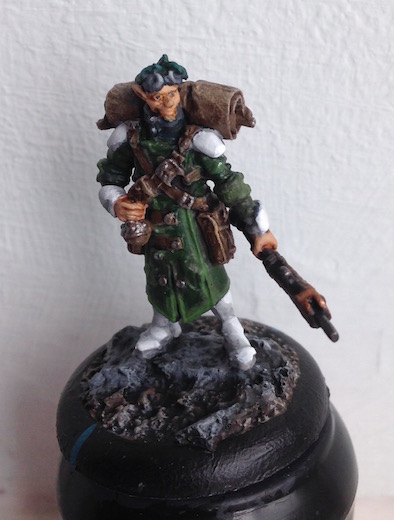 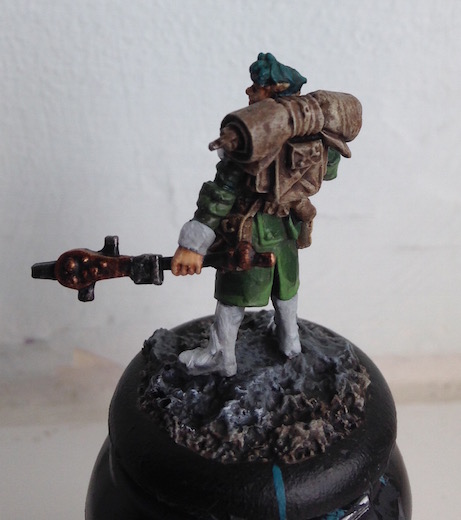