Standard preamble: This is not a painting tutorial, as I’m not a good enough painter for that. It’s documentation of how I painted something.

For a break from painting Ret, I’m going back to my half-painted Cygnar to try to fill in a hole here and there. I started by dropping sand on the base (my Cygnar don’t use fancy bases like my Ret), and using the Citadel black spray. My intention is to use the P3 Cygnar blues for the coat, and fill in the rest of the colours as I can.

I’m going to basecoat in the following order:

I’m going to leave all the gold trim until later.

Well, I’ve got as far as the Coat’s basecoat now. Instead of my usual straight-out-of-the-pot use of Citadel Foundations for basecoats, I’ve been using P3 paints off a wet palette. Maybe this is going to help not make it look like my model was painted by a three-year-old with a crayon, but getting any sort of coverage is proving difficult - here’s a shot of how he looks after one base of the coat, looking barely more than a blue wash over the black undercoat. 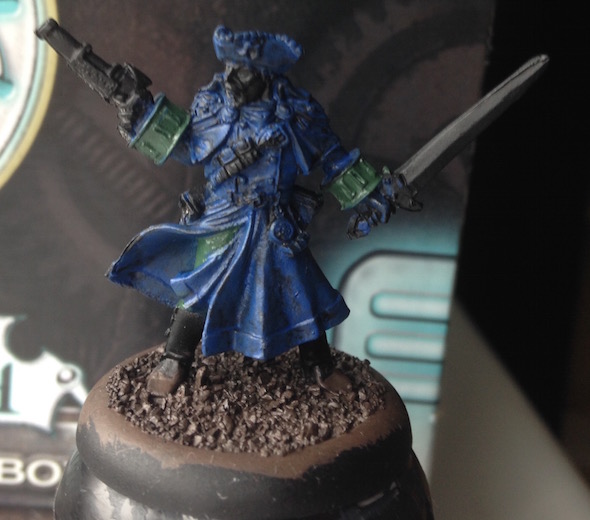 Thankfully, after about 4 layers it covered reasonably well. I’m not entirely sure how, but despite using terribly thin layers, I’ve still managed to make it look a bit thick and clumpy in parts. I probably gained nothing over just using a Citadel Foundation here, but oh well. 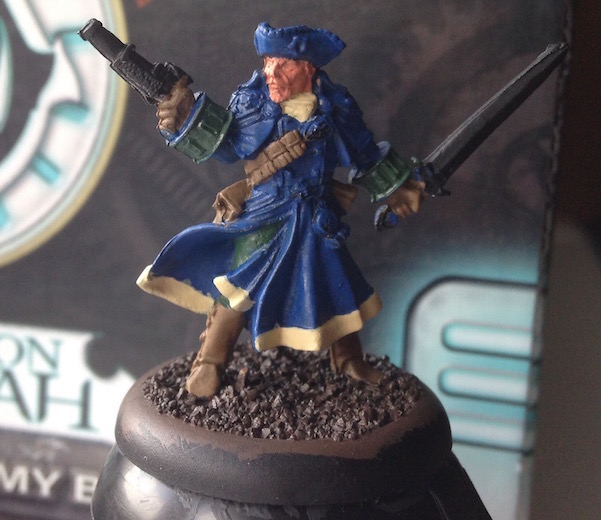 If you’re wondering, seven. It took seven coats of slightly watered Menoth Base to cover. Seven.

As I was having so much fun with the white base (no, not really), I thought I’d keep enjoying myself and finish the whites. I raised it first with Menoth White Highlight, and then a little bit of Vallejo Dead White mixed in for good measure. Unfortunately, the last bit of the white wasn’t thin enough, and I ruined the texture. I’ll see if I can fix that with a very thin later of white over the whole lot to act as a bit of a glaze later. Lesson learned. However thin I think I’m painting, paint thinner. 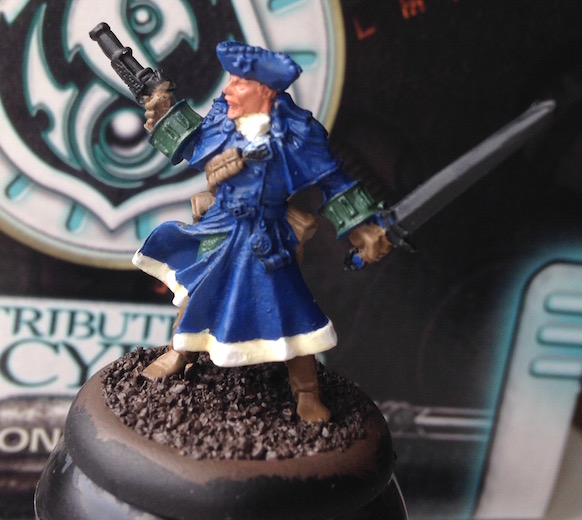 I’ve decided I don’t like the green here, so I’m going to redo the base Trollblood Base and see if I like that more…

Yes, I think I do. It looks that if I raise that up with greys, I might get closer to what I want. 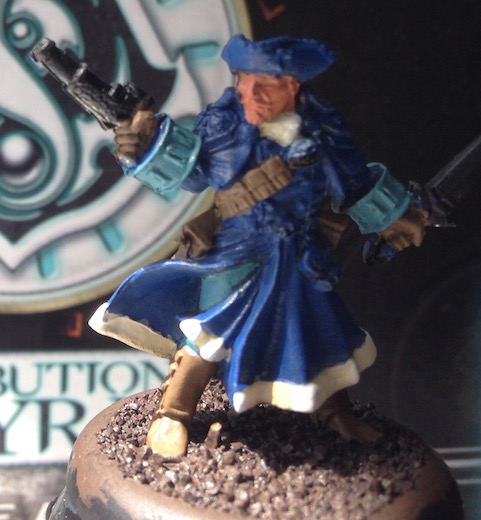 Next up, lifting the trousers (and cuffs) with Trollblood Highlight. This wasn’t the right colour to use here, using a lighter grey would probably have been more sensible. 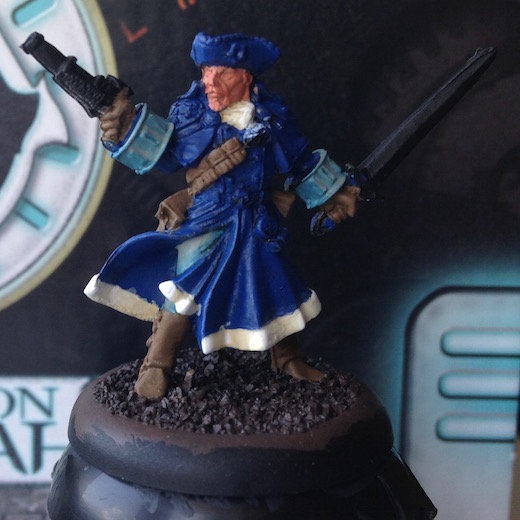 To try and get them back to a shade of blue, I tried glazing them with very thin (watered-down, and thinner medium) asurmen blue. This turned out mostly ok on the legs, but poorly on the cuffs. Live and learn.

As the next deepest thing, the face is up next. Time to build up the Khardic Flesh with some Kislev Flesh, paint the beard and try to get some sensible eyes. Verdict: I’m still not great at faces 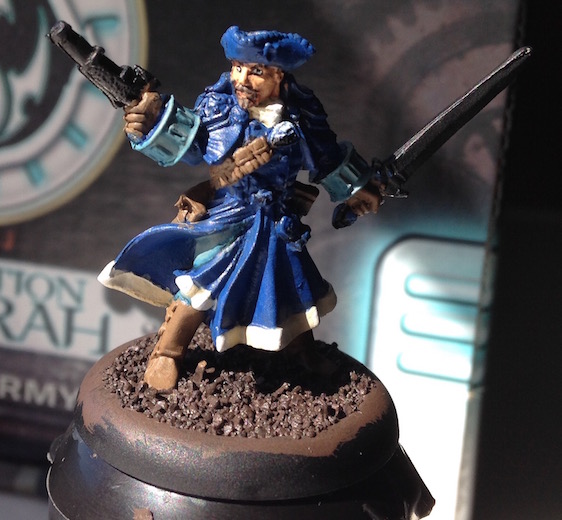 Trying to build this up with Cygnar Blue Highlight mixed into the base, and down into the shadows with black mixed in. 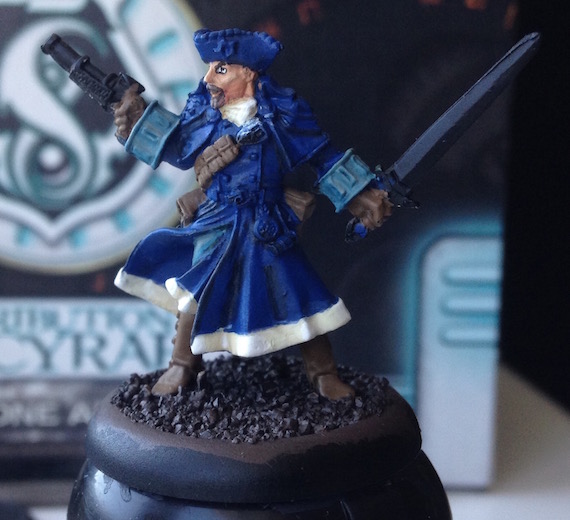 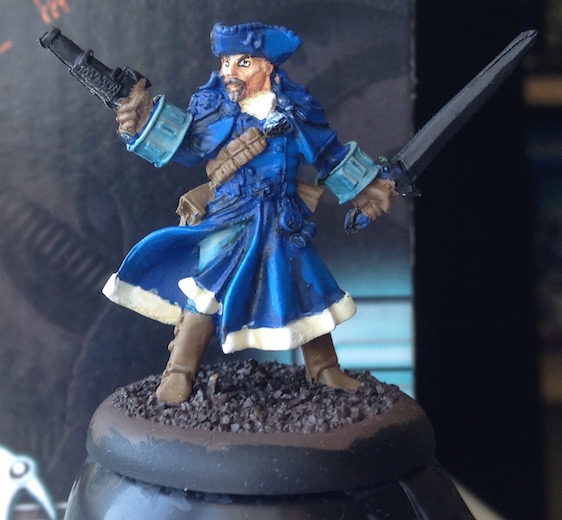 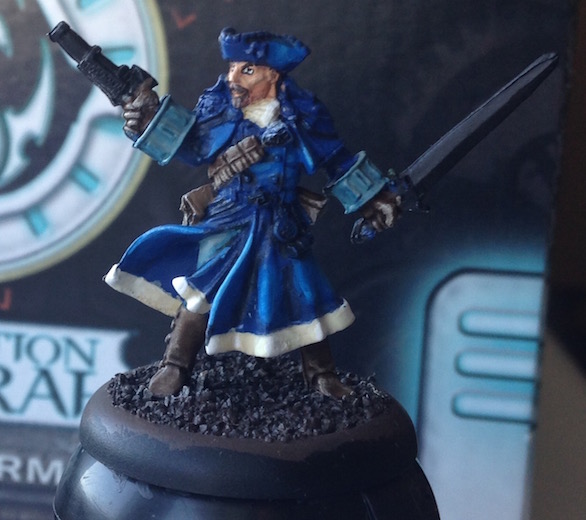 And the last interesting bit is the gold trim. For this, I just put a basecoat of Tausept Ochre 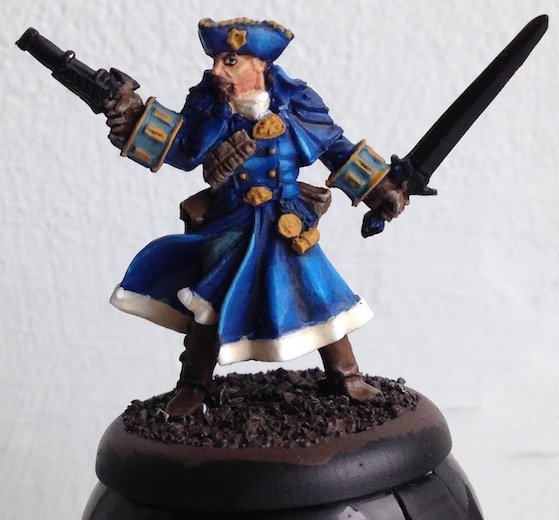 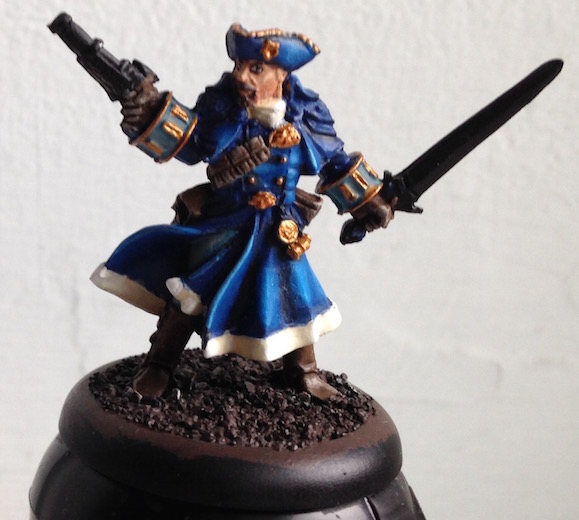 I felt pleased with myself at this point, until I looked at the studio shots and realised I was missing a metric tonne of trim, so I added it: 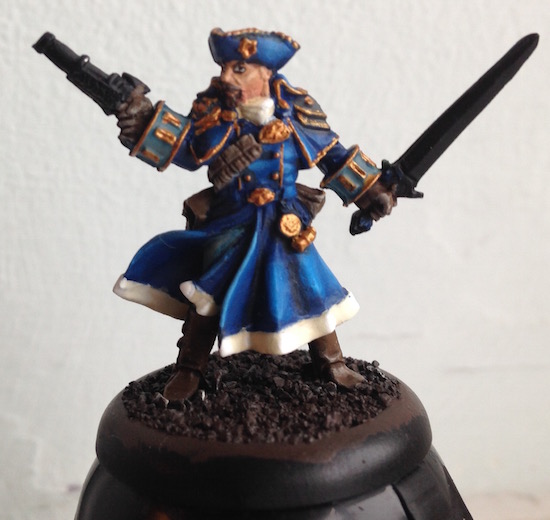 More gold in the same style, and some Leadbelcher. The wet palette was brilliant here - over the course of an hour or more from starting the trim, I kept missing bits of gold, but the palette kept the paints ready to use. A wash of Gryphonne Sepia over everything takes the edge off a little.

For the base I drybrushed Bloodstone, light drybrush of Menoth White Base, and then a wash of Devlan Mud. Finally, just gluing a bit of dry grass stuff on.

A few shots of the finished thing: 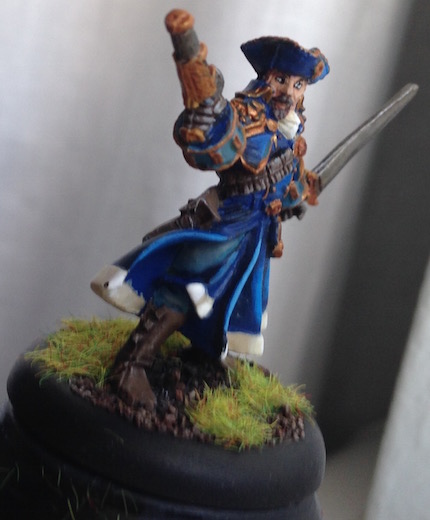 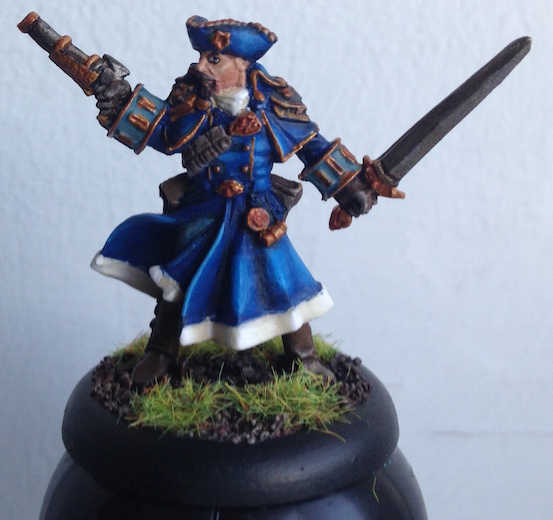 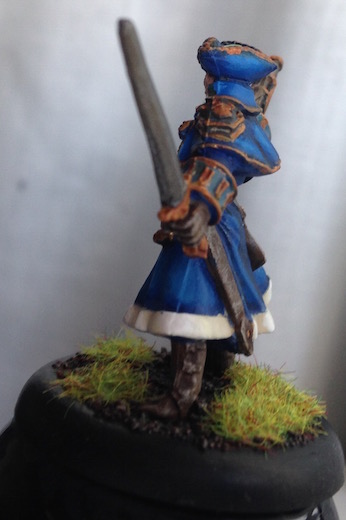 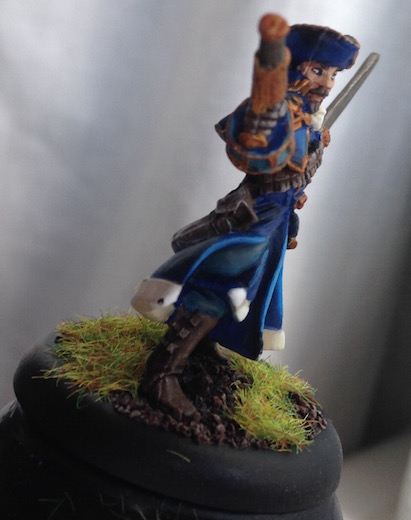 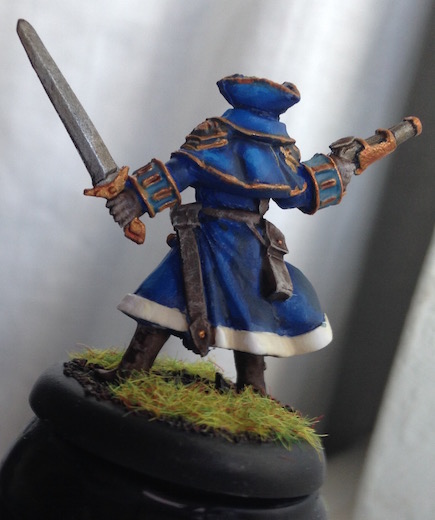